November 12, 2017
This was the first DeJonge design that I have custom longarm quilted.   Pieced by Maureen Wood.   I must confess, I have a bundle of her gradated fabrics and a beautiful pattern but I just have not found the time to start.  I am also so accustomed  to Judy Niemeyer patterns where templates are given for every fabric that I hesitate to start this one.   Several friends were able to attend a DeJonge class near Dallas last month but I had too much on my schedule already when I learned about it.   On my bucket list! 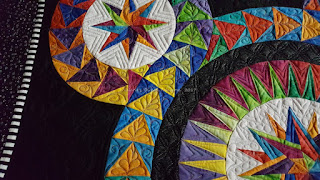 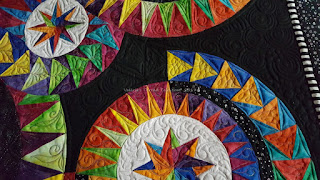 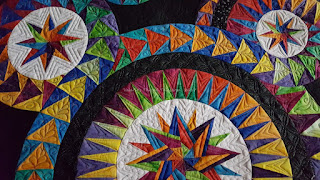 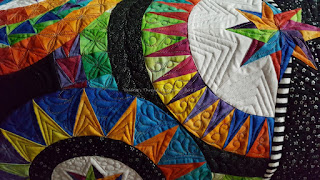 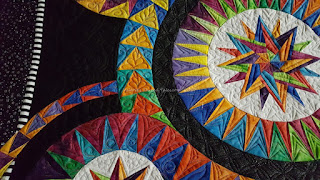 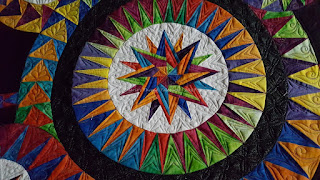 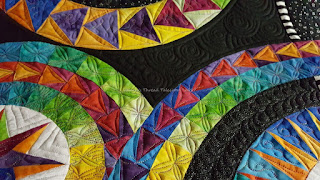 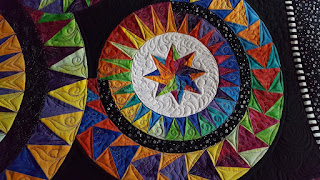 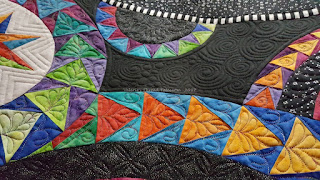 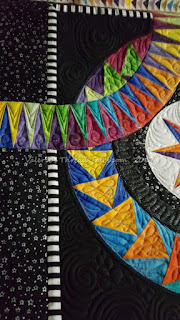 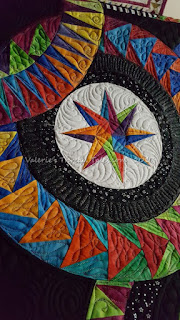 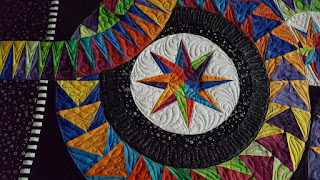 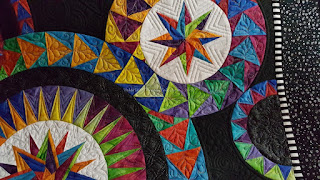 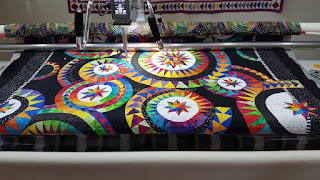 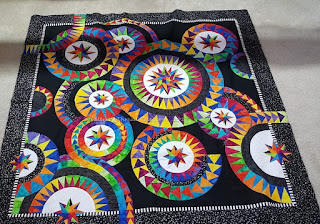 Somehow, I forgot to take a full photo after trimming up the quilt.  I used a variegated thread from Superior, Fantastico #5003 Magic Carpet for most of this quilt and single layer of Hobbs Midnight Black batting.  I used Black Glide on the black areas.   I often use a gray so the thread shows more but this quilt needed the rich dark black.  I often had to refer back to the  full photo because I wasn't sure which direction some of those units were going when they double back and wrap around another compass!
custom longarm quilting handguided longarm quiting paper piecing

Unknown said…
Valerie - what a beautiful quilt and your quilting is one of the factors that it so - someday, I will piece a quilt that is worthy of your beautiful quilting! A fellow Greenie's Geese member, Darlene
November 12, 2017 at 11:25 AM 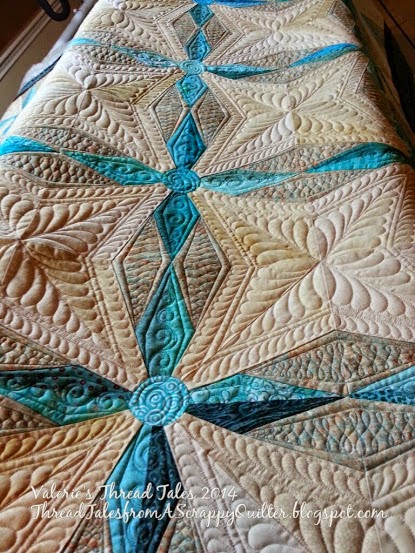